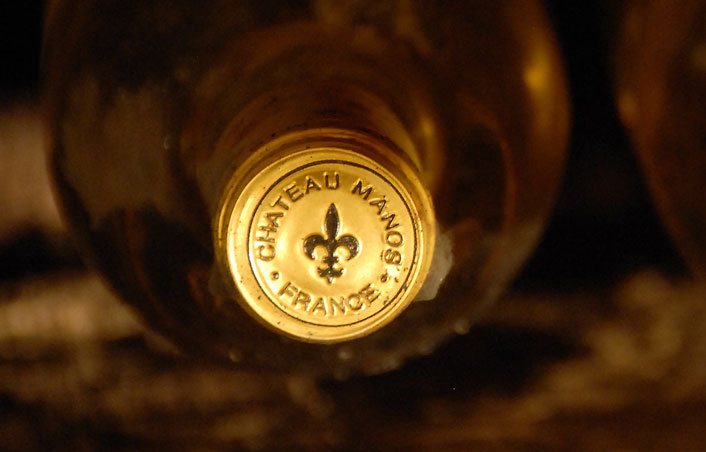 Located in the commune of Haux, on top of a round hill, Château Manos is a neighbour of Château Lamothe, which took over management starting in 1991. The Néel-Chombart family is in charge of viticulture, winemaking, and sales of this wine, which takes advantage of the fame of its older brother, Sauternes.

The owner, Monsieur Niotout, was cellarmaster for 20 years at Château Coutet in Barsac, and is an acknowledged specialist in sweet white wines. For many years, Château Manos has been one of the leading wines of the Cadillac appellation.

A mythical car, a golden wine... It is no accident that the name Cadillac makes people dream. In the 16th century, a certain Antoine de Lamothe de Cadillac left his native Southwest France to conquer the New World. After many adventures, he founded the city of Detroit – which is also where the legendary Cadillac, named after the pioneer, is made.